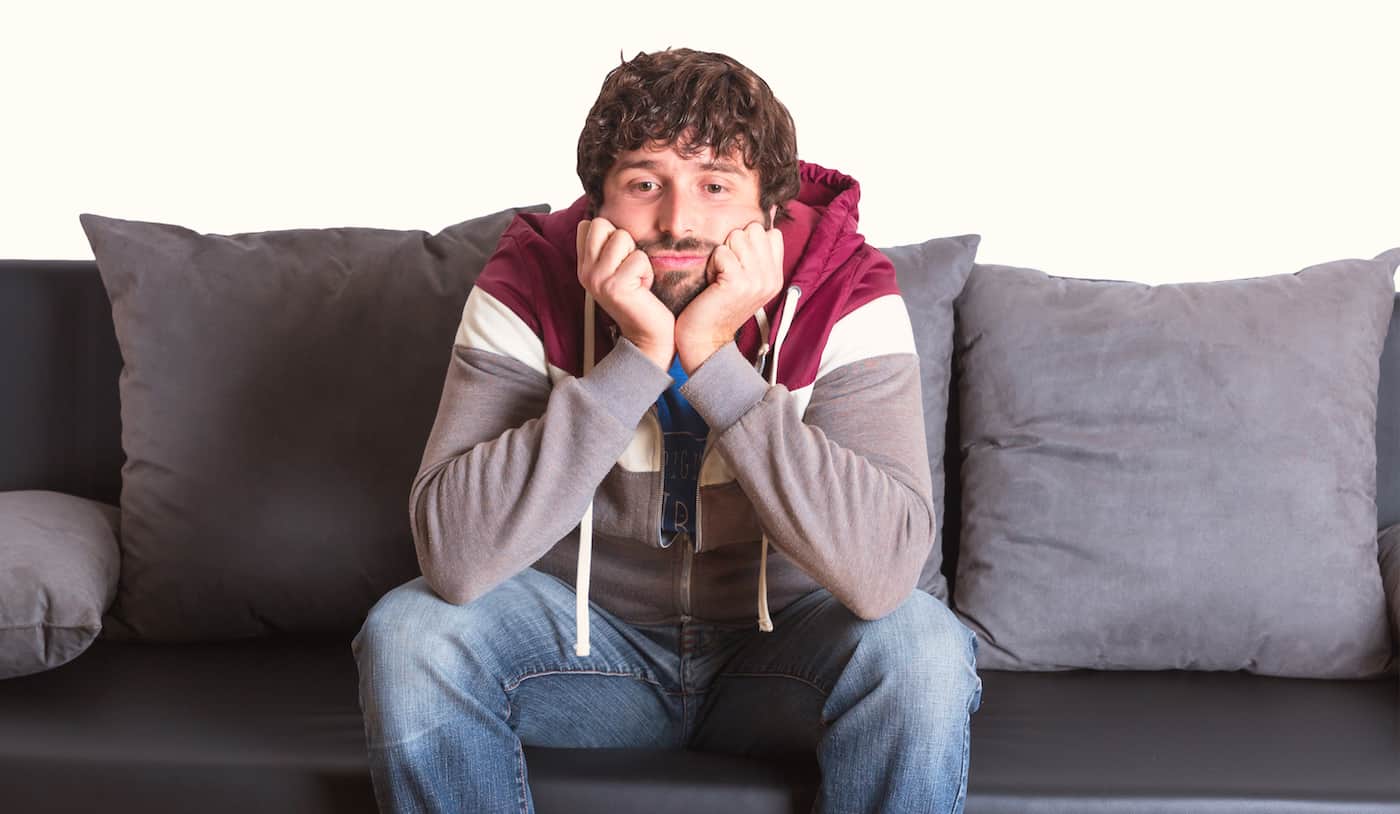 So you find yourself under quarantine. Stuck in your house for weeks. Possibly months. What do you do?

If you’re a board gamer, the answer is pretty simple – you play more board games, right? Not so fast. Unlike their couch-co-op cousins, video games, board games are inherently social.

You get together. You laugh, you swear, you touch a LOT of the same stuff. So board gaming doesn’t translate perfectly to weeks on end of isolation. Or does it?

We live in the golden age of board games. There are quite literally dozens of board games for every possible situation, including this one.

We’ve talked at length about two-player board games before and games to play with your family, but this list is a little different. This is for the hardcore gamers out there who are stuck, may not get nearly as much gaming in as they once did, and are relatively new to the idea of solo or campaign gaming.

Welcome my friends, to a list of 10 games that will keep you busy for weeks – some of them singlehandedly. Let’s dive in. Ghost Stories is a 2008 cooperative board game in which players take on the roles of Taoist monks fighting off evil ghosts and minions from Hell in a Chinese Village. It is notorious as one of the hardest cooperative board games on the market, which means countless hours can be spent just trying to beat it.

And when you do? There are expansions. Antoine Bauza’s love letter to classic Chinese Ghost Stories, with captivating artwork from Piero is well worth tracking down if you want a brutal co-op game that doesn’t remind you of what’s going on outside. Want a different theme? This one was recently rereleased as Last Bastion, a medieval take on the formula. T.I.M.E Stories upended how we think of storytelling in board games when it released in the fall of 2015. It had the misfortune of launching up against the juggernaut that was Pandemic Legacy: Season 1 and got lost in the shuffle somewhat, but five years later, it is ranked in the top 100 on BoardGameGeek and has eight expansions with new storylines, and has inspired more than two dozen fan expansions.

What makes it a perfect “stuck in the house” game, though, is its ability to capture the imagination of its players for hours at a time. It can take up to 4-5 hours to solve a single storyline, longer if you really explore it, or worse happen to lose and need to start over. Each player count brings out new content, and it plays as smoothly at 1 or 2 as it does at the full player count of four (though some would disagree, so I recommend you do your own research on that front). Ignacy Trzewiczek’s modern classic cooperative game, Robinson Crusoe: Adventures on the Cursed Island, puts players in the shoes of castaways stuck on a desert island attempting to survive – sometimes against the weather, other times against mythical creatures in the woods.

The base game alone comes with half a dozen scenarios and different difficulty settings to keep you busy for weeks. The expansion doubles the content (and you can go even further if you’re able to find the long out-of-print 2013 expansion for the original edition of the game). Combined with more than two dozen promos released by Portal Games since 2012 and you have a whole lot of game, brutally difficult at times, and highly replayable at all player counts. The original Sherlock Holmes Consultant Detective was released in 1981 as a series of mysteries that were eventually packaged together as The Thames Murders and Other Cases. It was actually decently hard to find before it was collected once again and reprinted in 2017 by Asmodee. Today, you can get the original box, plus two separate releases – Jack the Ripper & West End Adventures plus Carlton House & Queen’s Park.

Even if you’ve played these before, the new cases and high-quality production of the faux newspapers and case books are something to behold. There are few experiences as satisfying as curling up with one of these mysteries on the couch at the end of a long day, attempting to outsmart the world-famous detective. Based on the ubiquitous Flight Path system first introduced for tabletop war games, X-Wing Miniatures is the highest quality, most polished presentation of the formula. Easy to pick up, infinitely expandable, and an absolute wonder for Star Wars fans, X-Wing Miniatures has the kind of replayability every miniatures game wishes it could, without the rules overhead.

The game is not purely solo, but there is a fan expansion that allows you to play through a series of campaign elements alone. As a relatively short two-player skirmish game, though, it’s much easier than you’d think to rope family members or roommates into playing with you. Honestly, when it comes to Zombicide, pick your poison. There are several iterations of the formula – from the original release and its many expansions, to this medieval spin on it. Even Massive Darkness with the fantasy focused approach is close enough to fit the bill. The bottom line is that these games are perfect for sitting around and having a good time at the table.

They aren’t particularly deep, nor do they challenge much more than the average miniatures game, but there’s so much here. The combat is sleek and streamlined. The movement puzzle is interesting to attempt, and it scales relatively smoothly up to 6 players, with dozens and dozens of characters to choose from. I picked a Zombicide, so why not here? Simple, I own all three of these games and love them all equally, but often for slightly different reasons. Based on the original framework created in the Doom board game (which you can also buy), the one vs. many miniatures game model from Fantasy Flight Games has taken on many skins over the years.

Descent 2nd Edition is the oldest and has the most content, but close on its heels is Imperial Assault. Both have more than a half dozen expansions and hundreds of miniatures to paint and play with. Star Wars has the advantage of a skirmish mode that you can play one-on-one against people in your house. All three games have apps that allow you to play solo and clear up a lot of the bookkeeping of this type of game as well. If you like one of these themes and want a simple, but a clever puzzle to work through with miniatures, these games will get you there. Quite literally thousands of cards in the box. A near-endless story-driven format that can keep you engaged for months at a time. The 7th Continent is the ultimate story-board game. With so much content they couldn’t afford to sell through retail, it may be somewhat hard to find, but you’ll be hard-pressed to find a game that does it as well or as fully as The 7th Continent.

One of the benefits of this game over some of the others on this list is that it’s an indie publication, doesn’t have a boatload of miniatures, and has a fairly self-contained base box. You can even get the core content for $60 from their store when in stock, not something you can say for several of these other games. I was never a big Cthulhu or Lovecraft fan. The theme isn’t my cup of tea, and the games were often diced chuckers with less strategy than I would have liked. So it was a healthy dose of skepticism that I tried out Arkham Horror: The Card Game when it released in 2016. Boy was I glad I did.

As a long time Lord of the Rings: The Card Game fan, I found a game that was sleeker, more intuitive, easier to teach, and more story-driven than Lord of the Rings had ever been. It plays naturally as a solo game, and the outcome of individual games has actual consequences of how you play and progress.

Combine that with the fact that this game has been out for nearly four years, and new content has been released every month in that time, and you have so much content to dig through. And unlike Lord fo the Rings, this one is actually generally always in print. What a story. This game had a good, but not great first Kickstarter campaign. It was inexpensive, unproven, and somewhat delayed. And yet it turned out to be an absolute behemoth. More content than most games at the time dared release with (without charging extra) and mechanics that fundamentally upended how dungeon crawls were played. Not quite a legacy game, but imbued with the idea of your decisions and play style mattering enough to carry over, a whole generation of board gamers have come to love what is one of the all-time greats.

All that is good enough reason to give the game a try during your quarantine, but putting it over the top if the sheer volume of stuff in the box. The base game alone comes with more than 100 scenarios, each of them taking 1-2 hours to complete. Then there’s an expansion with another 30 or so. And guess what? A sequel is hitting Kickstarter in the next few weeks. So if you want something to keep you busy, engaged, and enthralled, this is the game.

There you have it! 10 games you can play alone or with friends and family (or both!) for weeks to come. Whether you own one or more of these or are desperately scrolling through Amazon to find the right one for your regular game night (whatever that might be these days), any of these ten will get you through this slightly saner than without.